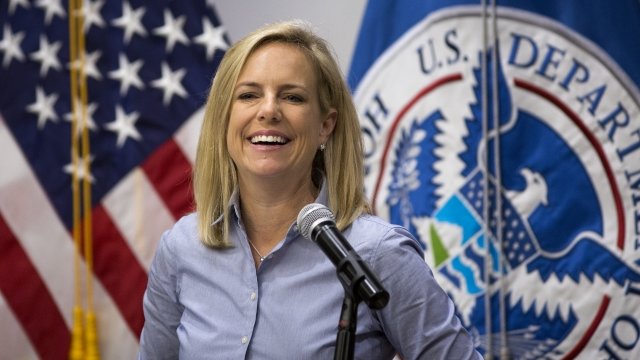 The Department of Homeland Security says a New York Times story that said Secretary Kirstjen Nielsen was close to resigning earlier this week is false.

The Times reported Thursday that Nielsen nearly quit after a contentious Cabinet meeting.

The publication even cited sources that reportedly said Nielsen had drafted a letter of resignation but hadn't submitted it. She was reportedly upset after a Cabinet meeting Wednesday in which current and former officials say President Donald Trump "berated her" for not doing enough to secure the country's borders.

Immigration policy is important for the Trump administration, and attempted illegal border crossings have been rising in recent months. It wouldn't be too surprising if that news upset the president.

In a statement, Nielsen said Trump was "rightly frustrated that existing loopholes and the lack of congressional action have prevented this administration from fully securing the border."