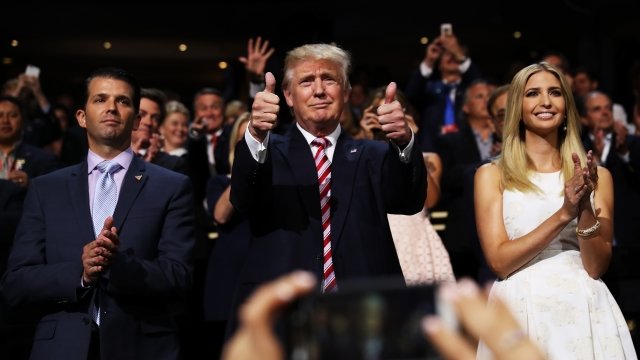 SMS
NYT: Mueller Probing Ukrainian Billionaire's Payment To Trump Charity
By James Packard
By James Packard
April 9, 2018
Robert Mueller is reportedly investigating a payment to the Trump Foundation that raised eyebrows when it was first reported in 2016.
SHOW TRANSCRIPT

Special counsel Robert Mueller is investigating a donation to the Trump Foundation from a Ukrainian steel magnate during the 2016 presidential campaign, according to The New York Times.

In September 2015, Ukrainian billionaire Victor Pinchuk reportedly made a $150,000 donation to the then-presidential candidate's charity foundation. In exchange for that payment, Trump made an appearance at a conference about Ukrainian politics.

When it was initially reported shortly after the presidential election, the payment raised questions about buying influence. Mueller's team subpoenaed the Trump Organization this year for documents about business dealings with foreigners. Information on this payment was reportedly included in the documents the organization turned over. 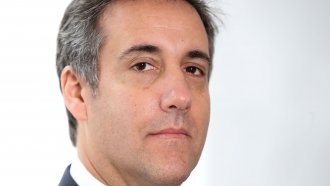 Pinchuk's foundation says it reached out to Trump well before it was evident he would be the Republican nominee. Trump was, however, the Republican frontrunner at the time. The New York Times says an associate of Pinchuk's called Trump directly to set up the appearance and that the next day, Trump's personal lawyer Michael Cohen called to solicit the donation.

Hillary Clinton was fiercely criticized in 2016 for her connections to Pinchuk. He donated more than $13 million to the Clinton Foundation since 2006 and lent the Clintons his plane, and a former aide to President Bill Clinton arranged about a dozen meetings between State Department officials and Pinchuk or his representatives while Hillary Clinton was secretary of state.