NYT: Mueller Is 'Scrutinizing' Trump's Tweets About Sessions And Comey 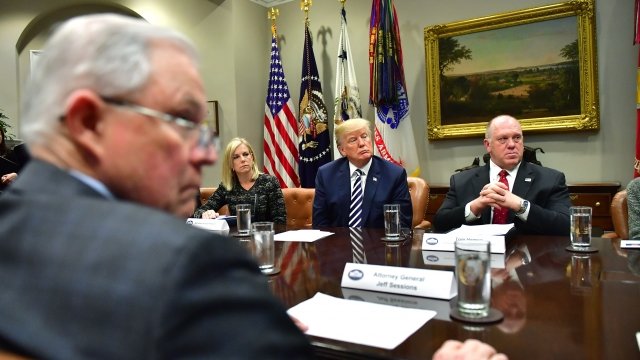 President Donald Trump frequently uses Twitter to attack political opponents, the media and even his own Cabinet, on occasion. If Mueller is indeed looking at those tweets, they could be part of an obstruction of justice case.

Talk of a possible obstruction case against the president has been around for more than a year, and many experts think it could be linked to the firing of James Comey. But The Times reports the obstruction case could also be tied to misleading White House statements, possible pardon offers or other actions linked to the Russian meddling investigation.

Whatever the case, Trump's lawyers have insisted he can't obstruct justice because he's the president. However, the argument of presidential immunity might not be as wide-ranging as Trump's attorneys say.