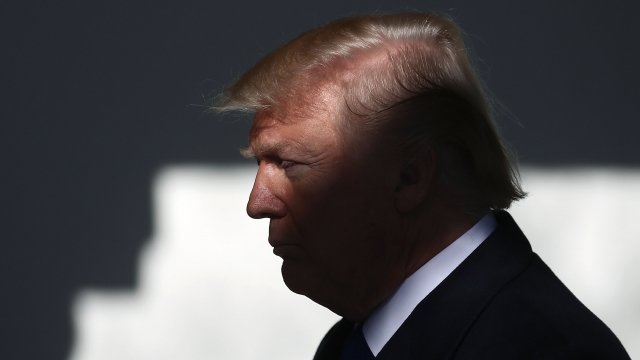 Special counsel Robert Mueller has a list of questions for President Donald Trump aimed at trying to figure out if he obstructed justice, according to The New York Times.

Among the questions: What did President Trump mean when he said this to Lester Holt in a comment about why he fired Comey?

"When I decided to just do it, I said to myself, I said, 'You know, this Russia thing, with Trump and Russia is a made up story, it's an excuse by the Democrats for having lost an election that they should have won.'"

"Are you angry with Mr. Comey because of his Russia investigation?" Holt asked.

"I just want somebody that's competent," the president responded.

The Times reports the questions are also intended to get at Trump's ties to Russia. Mueller's team reportedly wants to ask the president what he knew about his former campaign chairman, Paul Manafort, reaching out to Russia for potential assistance in the 2016 presidential race. A lawyer for the president said he wouldn't comment for the Times' story.