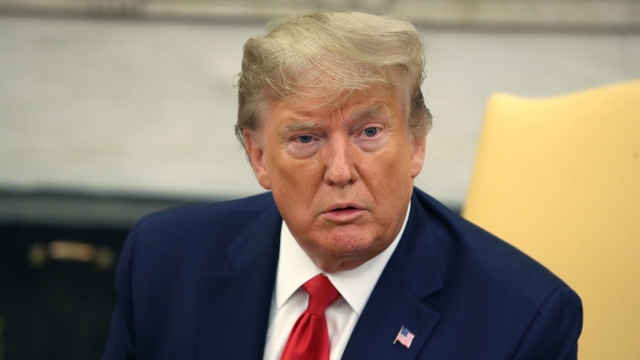 The Manhattan District Attorney's office has issued a subpoena to President Donald Trump's accounting firm, demanding eight years of his personal and business tax returns. That's according to a New York Times report on Monday.

The report said the office of Manhattan District attorney Cyrus Vance Jr. issued the subpoena to Mazars USA last month. His office has been investigating the Trump Organization and looking into hush money payments made to adult film star Stormy Daniels. Daniels claims she had an affair with Trump. The president has denied it.

President Trump has repeatedly refused to release his tax returns, saying he will do so when an ongoing audit is finished. But the IRS commissioner has said an audit doesn't prevent anyone from releasing their tax returns.

A lawyer for The Trump Organization told media outlets: "We are evaluating and will respond as appropriate."

In a statement, Mazars USA told The New York Times it "will respect the legal process and fully comply with its legal obligations."

It's important to note that even if the accounting firm releases his tax returns, they wouldn't be made public unless they served as evidence in a criminal case.