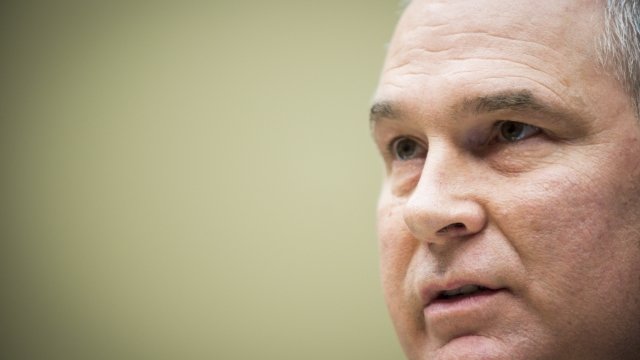 At least five officials at the Environmental Protection Agency lost certain responsibilities, were transferred or asked to be transferred after butting heads with chief Scott Pruitt over his spending and overall leadership, according to The New York Times.

The exclusive report details confrontations between four high-ranking career EPA officials and one longtime administration appointee over Pruitt's expensive travel and similar issues before Newsy and other outlets reported on it.

Besides Pruitt's spending — which has drawn investigations by both the EPA inspector general and the White House — another point of confrontation was Pruitt's request for heightened security. Those requests included a bulletproof vehicle, a 20-person security team, around-the-clock security detail, and a bulletproof security desk outside his office.

The report goes in depth on how these staffers were sidelined, often publicly so, following conversations with Pruitt over these issues. While it's not entirely clear if this level of staff turnover under a new administration is standard practice, it's noteworthy that Pruitt is under multiple investigations for the same things his staff questioned.