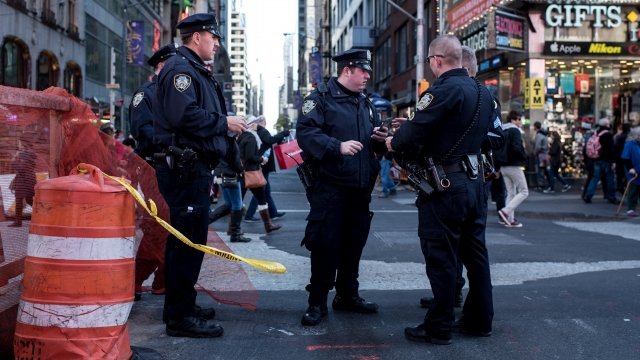 By Katherine Biek
September 21, 2018
Officials said there's no specific threat, but they want to be prepared in the wake of an attack on a former Russian spy in the U.K.
SHOW TRANSCRIPT

The New York Police Department says it's trying to prepare for every possible contingency at the upcoming United Nations General Assembly — even nerve agent attacks.

An NYPD counterterrorism official told reporters that the department's already "compared notes" with authorities in the U.K.

As of Thursday, U.S. officials said they weren't aware of any specific poisoning threat, but they want to be prepared in case of an attack similar to the one that targeted a former Russian spy in the U.K. earlier this year.

Sergei Skripal and his daughter Yulia were rushed to a U.K. hospital in critical condition back in March after coming into contact with the nerve agent novichok. British prosecutors charged two Russian nationals in connection with the attack, but since they're both now in Russia, they haven't been arrested.

Besides running drills and learning how to handle poisonous material, the NYPD also worked with federal investigators to identify people who might be targeted.

President Trump and representatives from roughly 200 other countries are expected to attend this year's General Assembly. Its high-level meetings start Sept. 25.