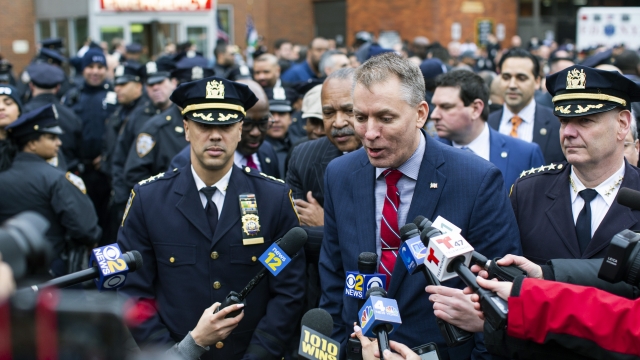 The New York police department will disband its anti-crime unit and reassign hundreds of plainclothes officers to different units. This comes as protests continue in New York and across the country against police brutality and racism.

In a press conference Monday, Police Commissioner Dermot Shea said reassigning around 600 undercover officers was a "seismic shift" and close "one of the last chapters of stop, question and frisk."

Stop-and-frisk practices have been widely criticized as they are disproportionately  used on minorities.

Shea said due to the nature of their work, these anti-crime unit officers in New York have been involved in several police shootings and deadly incidents – including the 2014 death of Eric Garner who died after police used a chokehold on him.

Not everyone is happy with the move. Patrick Lynch of the Police Benevolent Association told the New York Daily News, "Our city leaders have clearly decided that proactive policing isn’t a priority anymore.”

Vowing to use "21st Century policing" methods, Shea said there would still be plainclothes officers in different units, like traffic. The roughly 600 officers being reassigned will work in detective bureaus, neighborhood policing and other positions effective immediately.