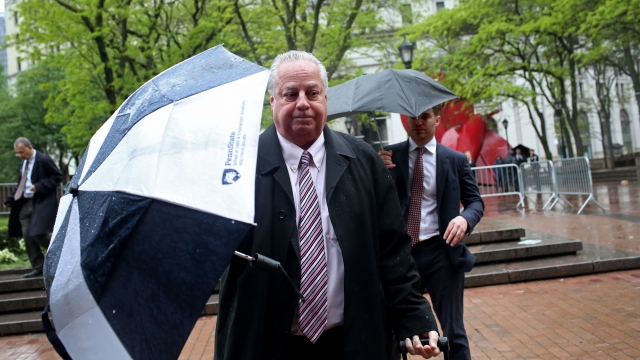 The NYPD is holding a 10-day trial that will determine whether Officer Daniel Pantaleo can remain on the force.

Five years after the death of Eric Garner, an officer involved in his arrest is facing a disciplinary hearing that could lead to his firing.

Garner was restrained by multiple officers during his arrest back in 2014. But NYPD Officer Daniel Pantaleo is accused of putting Garner in a chokehold and intentionally restricting his breathing, which is against department protocol. Garner was determined to have died from a chokehold.

Stuart London, the attorney defending Pantaleo before NYPD officials, says his client used a technique called a "seatbelt" hold on Garner, which Pantaleo says is part of officers' training. London said Garner resisting arrest, coupled with his weight and his asthma, is what killed him. London also argued the autopsy report was wrong and that Pantaleo never restricted Garner's breathing.

Garner said "I can't breathe" 11 times while officers arrested him for allegedly selling untaxed cigarettes. The video of his arrest went viral and sparked national discussions about police brutality. Garner's family has called for all officers involved to be punished.

The trial will take 10 days and feature at least 20 witnesses. If Pantaleo is found to have used a banned chokehold, the NYPD's deputy commissioner will make a recommendation about whether or not to fire him. The final decision, though, will be up to the NYPD commissioner.

A rise in civilian deaths in police custody led the NYPD to ban chokeholds in 1993. But an exception to that ban was created in 2016, and some critics believe that's made it easier for officers to use them improperly.

After Garner's death, the NYPD spent $35 million to retrain its officers to not use chokeholds. But recent complaints and records show officers still use those maneuvers and that very few, if any, are disciplined.