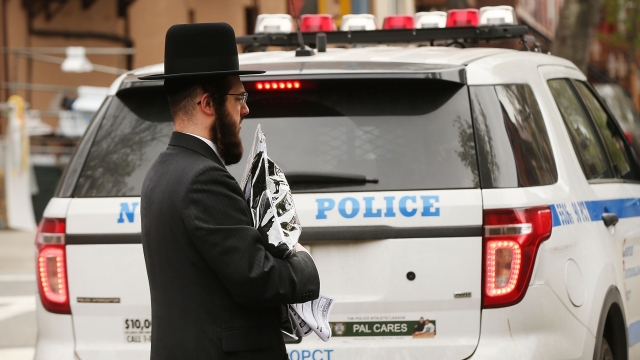 The New York Police Department will increase its presence in several Brooklyn neighborhoods after a string of possible anti-Semitic incidents this week.

Mayor Bill de Blasio tweeted Friday more police will be seen in Borough Park, Crown Heights and Williamsburg "in light of recent anti-Semitic attacks." He also said "there will be increased [police] visits to houses of worship and other critical areas in the community," adding that "anyone who terrorizes our Jewish community WILL face justice."

One of the more serious incidents involved a man being arrested and charged with with assault as a hate crime earlier this week. He's accused of attacking a 65-year-old man while yelling an anti-Semitic comment. Police say they've received at least five reports this week of possible anti-Semitic attacks, all of which have occurred during the Hannukah holiday.

The NYPD's Hate Crime Task Force is investigating the incidents. According to NYPD crime data, anti-semitic incidents make up more than half of all reported hate crimes in the city. Police also say reports and arrests related to hate crimes in general have also increased since the same period last year.