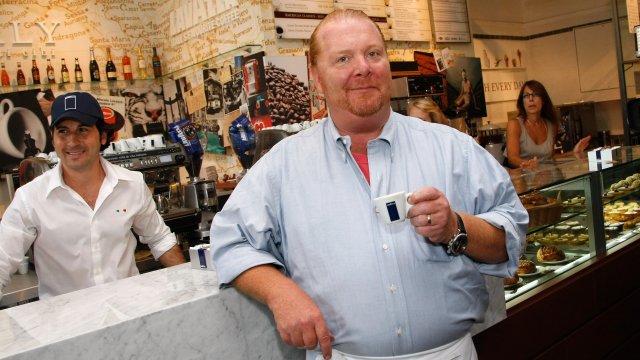 SMS
NYPD Closes Sexual Assault Investigations Into Chef Mario Batali
By Katherine Biek
By Katherine Biek
January 9, 2019
Some of the cases detectives were investigating fell outside the state's statute of limitations.
SHOW TRANSCRIPT

The New York Times reports the NYPD had been looking into claims by three women who said they were sexually assaulted by Batali at restaurants years ago.

A law enforcement official told the Times that only one of the three cases fell within the state's statute of limitations, and detectives could not find enough evidence in that case to charge Batali with a crime.

Allegations against Batali were first made public in late 2017 when an Eater New York story detailed accounts from four women who accused the chef of touching them inappropriately.

In response, Batali stepped away from the "day-to-day operations of [his] businesses" and was fired as a co-host of ABC's "The Chew."

As of Wednesday, Batali hasn't responded to the reports about the NYPD closing its investigations. But he previously denied the allegations of sexual assault.