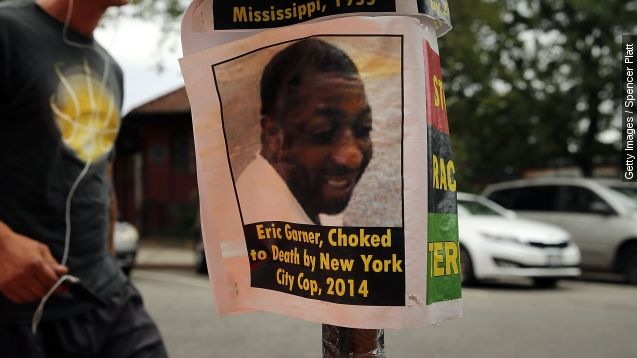 The New York City Police Department charged Sgt. Kizzy Adonis with failure to supervise in connection with the 2014 death of Eric Garner.

According to police, Sgt. Kizzy Adonis — one of the supervising officers present at Eric Garner's choking death — has been stripped of her gun and badge. (Video via New York Daily News)

Adonis, a 14-year veteran of the New York City Police Department, is being charged with failure to supervise; that's a departmental charge, not a criminal charge.

This is the first departmental charge of wrongdoing since Garner's death in 2014.

The incident got nationwide attention and set off protests when a video of police putting Garner in a chokehold went public. (Video via YouTube / Bryce Lynch)

Ed Mullins, president of the police union Adonis belongs to, had this to say: "(It) can only be described as political pandering to the anti-police rhetoric that's out there." (Video via WABC)

NYPD can file charges up to 18 months after an incident, so we could see more charges before the Jan. 17 deadline.