After Almost 50 Years, NYPD Apologizes For Its Role In Stonewall Riots 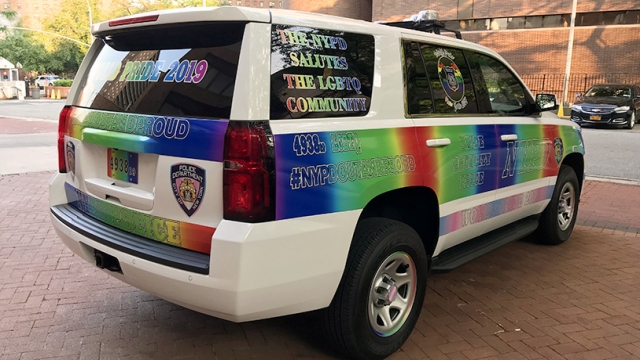 SMS
After Almost 50 Years, NYPD Apologizes For Its Role In Stonewall Riots
By Ahmed Jawadi
By Ahmed Jawadi
June 6, 2019
​NYPD commissioner James O'Neill ​said the actions taken by the department at the time were "wrong — plain and simple."
SHOW TRANSCRIPT

Nearly half a century later, the New York Police Department has apologized for its role in the historic Stonewall riots.

"Well, I'm certainly not going to stand up here and pretend to be an expert on what happened at Stonewall. I do know what happened should not have happened," O'Neill said. "The actions taken by the NYPD were wrong — plain and simple. The actions and the laws were discriminatory and oppressive, and for that I apologize."

The Stonewall riots began in the early hours of June 28, 1969, when undercover police raided the Stonewall Inn, a gay bar in New York City's Greenwich Village. The police had a warrant due to the bar operating without a liquor license — since New York didn't give licenses to places that served LGBTQ people at the time. Officers began arresting employees as well as customers they suspected of cross-dressing, which was still illegal in the state. But after years of police harassment, Stonewall patrons had had enough and started pushing back. A full-blown riot ensued, with subsequent protests over the next several days.

The riots inspired activists to organize a march in New York commemorating the event. One year later, the Christopher Street Liberation Day march took place. It's widely considered to be the first LGBT pride march in U.S. history. The events of Stonewall are also widely credited as having kick-started the modern LGBTQ civil rights movement, as well as the reason that Pride Month is observed in June. In 2016, then-President Barack Obama officially designated the Stonewall Inn a national monument.

To honor the 50th anniversary, New York will be the first U.S. city to host World Pride, "an international event which promotes LGBTQ issues through parades, festivals, and other cultural activities." This week also saw the LGBTQ pride flag being raised over New York's capitol for the first time in state history.