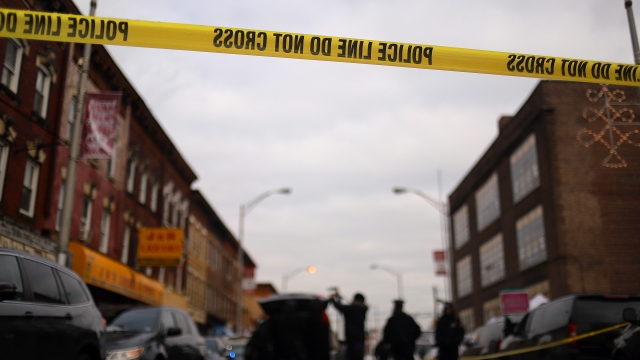 The New York Police Department announced Wednesday it quietly created a unit over the summer that specializes in investigating extremist hate groups.

The Racially and Ethnically Motivated Extremism unit is part of the department's intelligence bureau. It primarily investigates terror threats from far-right and neo-Nazi groups.

New York City Mayor Bill de Blasio said at a press conference that the goal is to identify signs of extremism so "it can be acted on before any terror or any bias crime occurs."

The announcement comes a day after two gunmen opened fire in nearby New Jersey. The attack started when Det. Joseph Seals approached a U-haul truck possibly linked to a murder that had happened over the weekend. One of the two suspects inside the truck shot and killed Seals before they drove to a kosher grocery store.

That's where police responded, resulting in a shootout that lasted for hours. It finally ended after authorities announced the two suspects had been killed. Three civilians inside the store also died — two customers and a cashier.

The suspects had published anti-Semitic posts online and have been linked to the Black Hebrew Israelites, which has been labeled a hate group by the Southern Poverty Law Center.