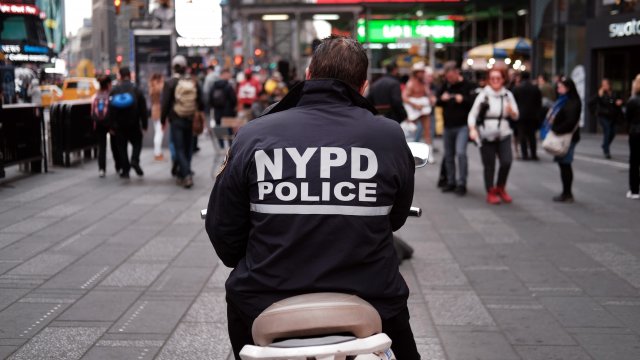 After New York City police officers were targeted in two shootings, police were told about another "credible" threat against officers on Thursday.

New York City Police Officers were reminded to stay vigilant after getting a tip on a "credible threat" against officers.

A police officer's union posted a copy of an NYPD notice alerting officers Thursday. It warned someone may attempt to shoot officers and asked that the message be sent to all "members of service." It also said every station house should have security posted at all times.

Newsy affiliate WPIX in New York City reports authorities have one person in custody after a Homeland Security investigation.

Last week, a gunman targeted NYPD officers in two separate shootings in the Bronx. 45-year-old Robert Williams allegedly approached a police van and shot an NYPD officer in the neck and chin. The suspect then allegedly went into the 41st precinct station house and opened fire. Two officers were injured in the shootings.