NYC Will Allocate Funding For Nonprofit That Pays For Abortions 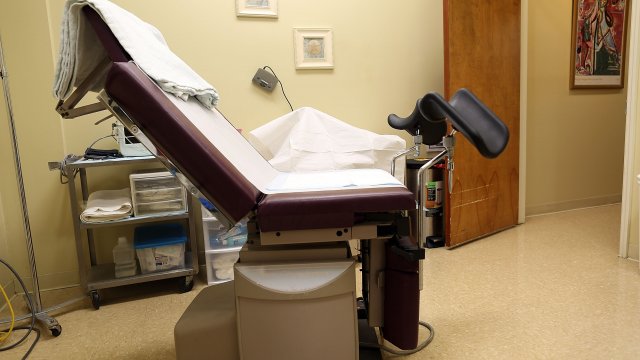 New York City is planning to allocate money in its budget to cover the cost of abortions for some women who travel from other states to have the procedure.

According to The New York Times, the city is setting aside $250,000 for the New York Abortion Access Fund. The nonprofit pays clinics on behalf of women who are not covered by insurance or Medicaid and can't afford to pay for abortions.

Last year, the fund paid for just under 600 abortions and in some cases also covered patients' transportation. City officials say they're allocating enough money to cover about 500 abortion procedures.

This is the first time New York has set aside funding for the organization.

The city already provides funding to Planned Parenthood, but that organization provides health services other than abortion, and its affiliates bill patients on a sliding scale.

The city's announcement comes as many states are working to limit abortion access. This year, nine states have passed laws that restrict abortion rights, including Georgia, Alabama and Mississippi. But some other states, including Illinois and Vermont, are passing legislation to strengthen abortion rights.

In New York, Gov. Andrew Cuomo signed a bill in January that would protect abortion access even if Roe v. Wade is overturned.