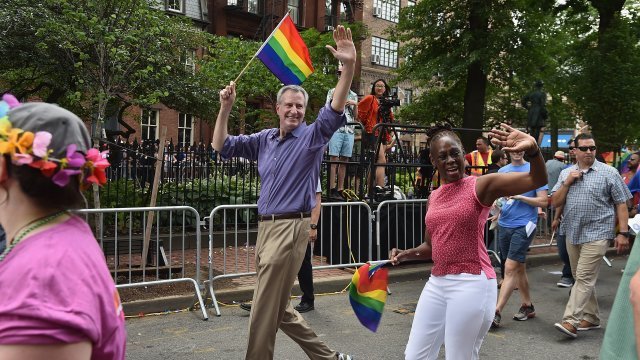 Birth certificates in New York City will no longer only have two gender options.

Mayor Bill de Blasio signed a bill Tuesday to allow a third non-binary category labeled "X." It was created for people who don't identify as male or female.

The co-founder of the New York Transgender Advocacy Group called the change "monumental" and expressed gratitude for it.

She said at a press conference, "This change may seem small, but this is monumental for so many people and I am so glad new generations will not have to endure such indignities. I am proud of New York City for protecting and advancing LGBTQ rights and deeply grateful to all the people that have advocated for the change."

De Blasio said the act was so "transgender and gender non-binary residents [would] have birth certificates that better reflect their identity." Under the legislation, those wishing to change their gender will no longer have to have a letter from a doctor.