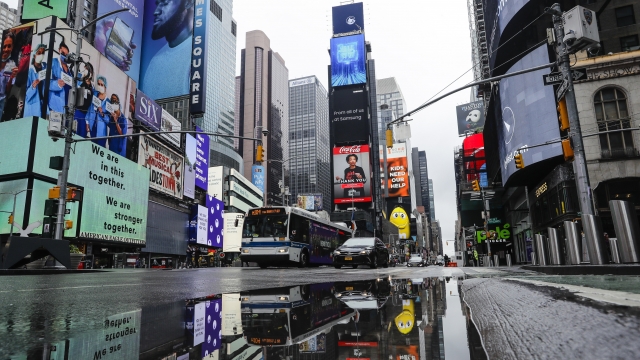 New York City is on track to begin a phased reopening as Mayor Bill de Blasio says the city aims to conduct 50,000 coronavirus tests each day by Aug. 1.

On Tuesday, de Blasio said New York will open new testing sites across the city to bring the total to 180 by the end of June. He said it hit its goal of 20,000 tests a day and hopes it can increase that goal.

Certain parts of New York state have started reopening some sectors like construction and curbside retail. De Blasio said New York City can expect to do the same by June.

However, some are worried that when that does happen, public transportation may pose a risk to the city's attempts to contain the virus.

Officials are working to see how social distancing measures can be implemented in mass transit spaces like buses and subway cars.