NYC Is Installing More Barriers To Protect Against Vehicle Attacks 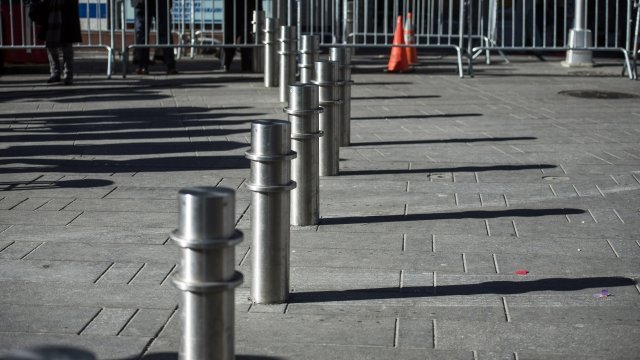 The permanent barriers are part of a $50 million investment in protective measures after a number of vehicle attacks in the city.

New York City is putting up over 1,500 more barriers to help guard people from vehicle and other terror-related attacks.

NYC Mayor Bill de Blasio announced the effort Tuesday. He said the barriers are part of a $50 million investment in protective measures across the city.

The barriers, called bollards, are cylindrical metal posts. They'll replace concrete barriers installed after a number of vehicle attacks in the Big Apple.

In late October, a truck on a bike path struck pedestrians and a school bus. Eight people were killed.

The decline in crime coincides with instructions for police to decrease​ deadly force, arrests and stop-and-frisk practices.

In May, a vehicle plowed through pedestrians in Times Square, leaving one person dead and several others injured.

Officials will start installing the permanent metal bollards in March. The installation is expected to take a few years.