NYC To Close Around 100 Public Schools Over Coronavirus Spike 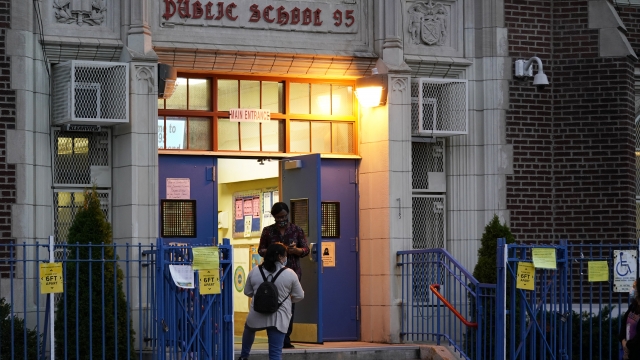 SMS
NYC To Close Around 100 Public Schools Over Coronavirus Spike
By Newsy Staff
By Newsy Staff
October 6, 2020
The virus is spreading faster across nine ZIP codes in Brooklyn and Queens.
SHOW TRANSCRIPT

About 100 public schools in New York City will close Tuesday after a spike in coronavirus cases.

Governor Andrew Cuomo gave the order a day after Mayor Bill de Blasio asked the state for permission to reinstate restrictions on businesses and schools in nine ZIP codes in Brooklyn and Queens where the virus was spreading faster.

Many of the neighborhoods under the new restrictions have a large Orthodox Jewish population. And many religious schools began in-person teaching in September.

De Blasio is also pushing to close non-essential businesses in certain areas, but Cuomo said they can stay open for now. Houses of worship are also allowed to remain open for the time being.