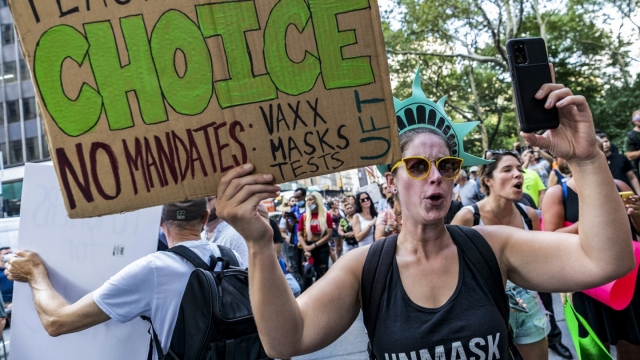 The district says it has a strong backup of 9,000 substitute teachers. Employees who have not been vaccinated or granted an exemption will be moved to “leave without pay” status: they have the choice of taking a year of unpaid leave with health insurance or leaving the department of education with severance.