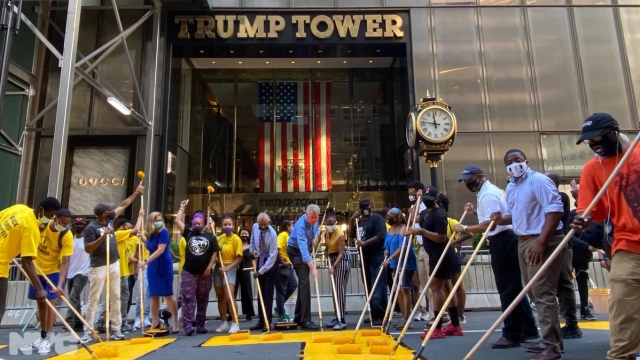 Mayor Bill de Blasio approved the 5th Avenue mural earlier this month. It's part of a larger, citywide project wherein the city will paint "Black Lives Matter" on a street in each of the city's five boroughs.

On Twitter, de Blasio wrote: "Our city isn't just painting the words on Fifth Avenue. We're committed to the meaning of the message."

Several cities have painted similar murals since the death of George Floyd in Minneapolis police custody. The first one was in Washington, D.C.; last month, D.C. Mayor Muriel Bowser had "Black Lives Matter" painted in huge letters on a street that leads straight to the White House. She said it was meant to honor those who peacefully protested. She also had the section of the street with the mural named "Black Lives Matter Plaza."

That move received criticism from the local chapter of the Black Lives Matter Global Network, which called it "a performative distraction from real policy changes."