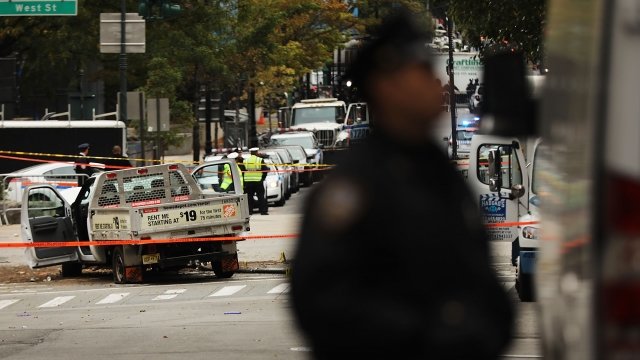 New York officials released more details about the investigation into Tuesday's terrorist attack that killed at least eight people on a bike path in lower Manhattan.

Gov. Andrew Cuomo said the suspected attacker, 29-year-old Sayfullo Saipov, acted alone, but officials say he did it "in the name of ISIS."

The New York Police Department says it found a handwritten note in the suspect's truck. It was in Arabic and roughly translates to "the Islamic State would endure forever."

"He appears to have followed, almost exactly to a T, the instructions that ISIS has put out in its social media channels before with instructions to their followers on how to carry out such an attack," said John Miller, NYPD deputy police commissioner for intelligence and counterterrorism.

Officials believe the suspect had been planning the attack for several weeks.