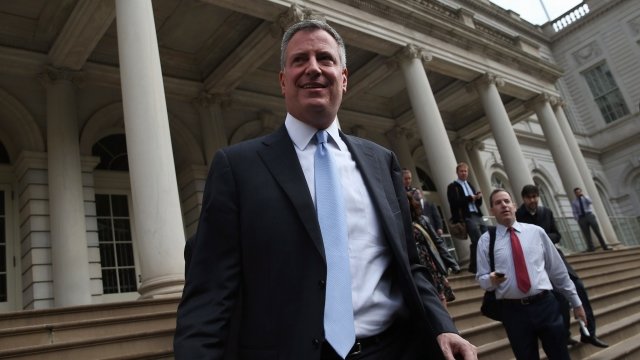 SMS
NYC Mayor Wants To Tax The Wealthy To Fund Subway Repairs
By Katherine Biek
By Katherine Biek
August 7, 2017
The so-called "millionaires tax" would generate as much as $800 million each year by raising the city's highest income tax rate.
SHOW TRANSCRIPT

New York City Mayor Bill de Blasio might have a plan to get some of the money needed to fix the city's failing subway system.

This so-called "millionaires tax" would generate as much as $800 million each year by raising the city's highest income tax rate from 3.9 percent to 4.4 percent.

The Times reports that would affect married couples who make more than $1 million a year and individuals earning more than $500,000 a year.

More than half of the funds generated from the tax would go toward repairing the city's subway system. The rest would be put toward half-price Metro cards for poor New Yorkers — a program similar to one implemented in Seattle in 2015. 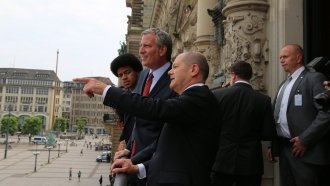 Subway power outages, long delays and even a derailed subway car led New York Gov. Andrew Cuomo to declare a state of emergency for the system back in June. "The current state of decline is wholly unacceptable," Cuomo said.

In response, the state's transit authority came up with an $8.8 billion plan to stabilize and then overhaul the subway. It's unclear if this new proposed tax would help fund the previously announced renovations.