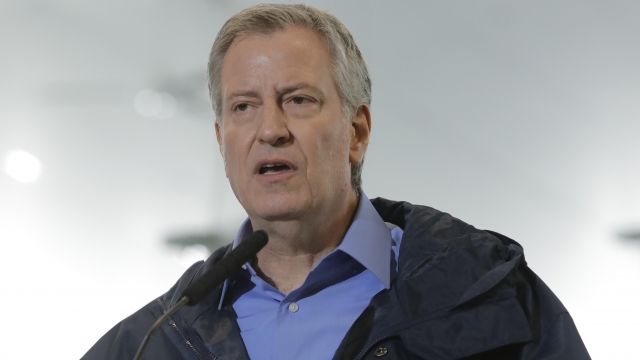 New York City Mayor Bill de Blasio is standing by police after videos posted to Twitter showed an NYPD cruiser surging into a crowd of protesters.

It happened Saturday at a Brooklyn protest sparked by the death of George Floyd. Videos show protesters putting a yellow barrier in front of a police SUV. Demonstrators throw debris at that police vehicle and then at another one that approaches.

The second vehicle moves forward slowly as protesters surround it. Then the first cruiser suddenly accelerates into the crowd, knocking down several protesters. City officials say there were no injuries.

He said, “It's inappropriate for protesters to surround a police vehicle and threaten police officers.”

But New York Congresswoman Alexandria Ocasio-Cortez criticized the officers, tweeting, "NO ONE gets to slam an SUV through a crowd of human beings."

De Blasio said Sunday there needs to be a full investigation into what actions the officers took and what could be done differently.