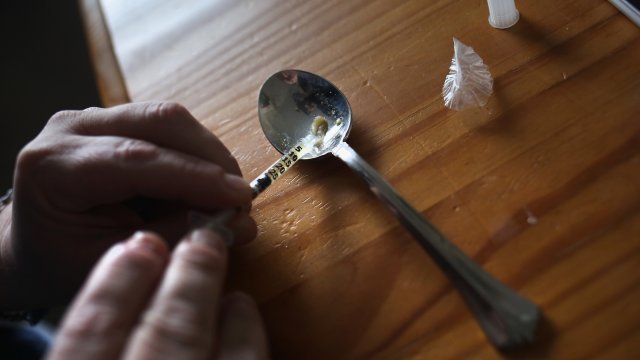 Supervised injection sites give drug users a space to inject drugs with clean needles. The sites are also staffed with counselors and people trained to use naloxone, a lifesaving overdose-reversal drug.

The mayor's office recommends opening four sites that would operate as pilot programs for one year. According to The New York Times, the sites would be funded by nonprofit groups.

The plan may be facing an uphill battle. It needs support from Gov. Andrew Cuomo and several state departments, not to mention it could be blocked by the federal government. Current federal law makes it illegal to open or operate a facility for the purpose of using a controlled substance.

Government-sanctioned safe-injection sites don't currently exist in the U.S., and they've been a topic of controversy. But there are 100 supervised injection sites in 67 cities worldwide. Local leaders have also pushed for similar sites in places like San Francisco, Seattle and Colorado.