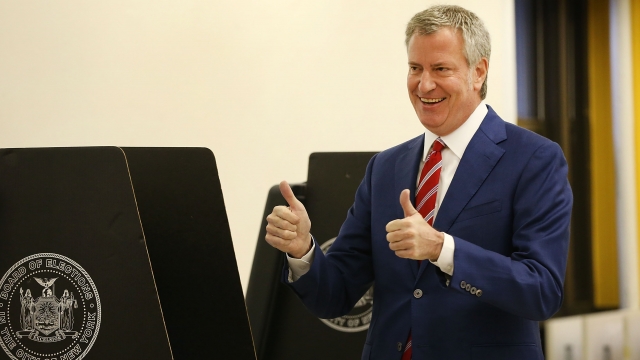 His announcement on Thursday wasn't too surprising. The two-term mayor has already made trips to important primary states like Iowa and New Hampshire — often a sign that a politician is gearing up for a presidential bid.

During his time as mayor, de Blasio has worked to lower New York City's crime rate, add early childhood education in city schools and provide affordable housing. He has portrayed himself as a progressive mayor with campaigns against income inequality and his support of the Green New Deal. But it's not yet clear if he'll continue to sell himself that way during his campaign or if he'll take a more moderate stance.

The Democratic National Committee will hold its first debate in June, but only 20 candidates will get to participate. In order to be eligible, the DNC says candidates must have either 65,000 donors in a certain number of states or have a certain amount of support in three polls. De Blasio's late entry to the race puts him behind several other 2020 hopefuls who have already met those requirements, including former Vice President Joe Biden and Sen. Elizabeth Warren.

De Blasio will begin his campaign with stops in Iowa and South Carolina.