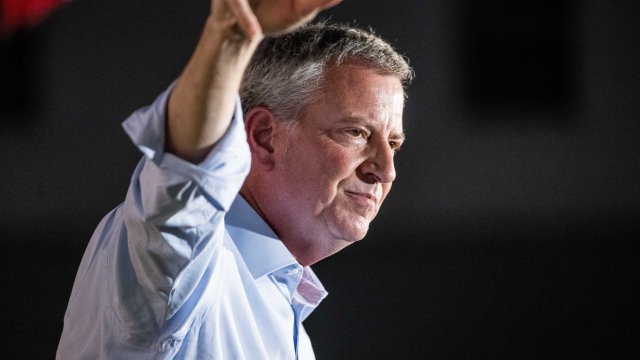 De Blasio revealed his decision during an interview on MSNBC's "Morning Joe" Friday. He said: "I feel like I have contributed all I can to this primary election. It's clearly not my time."

De Blasio announced his bid back in May, which made him the 23rd Democratic candidate to enter the 2020 race.

But his campaign never really took off. He struggled to garner support from voters and failed to qualify for the third Democratic presidential debate last week.

De Blasio said in an opinion piece for NBC News Friday he will "redouble" his efforts to improve the quality of life of everyday New Yorkers by focusing on guaranteed personal paid time off, universal health care and a Green New Deal for the city.