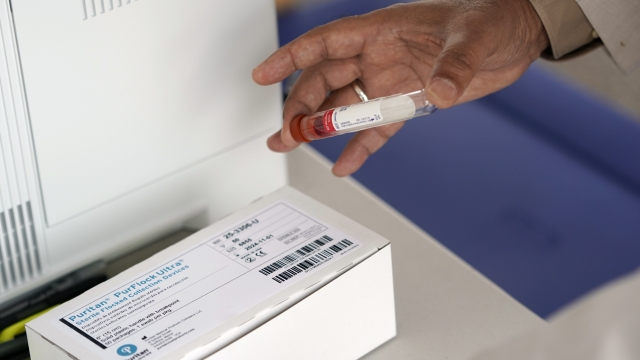 Health care personnel at a New York hospital where a nurse died after contracting COVID-19 will now be able to receive testing for the virus if they show symptoms.

The senior vice president of the New York City area's Mount Sinai hospital network said in an email to employees obtained by NBC News that starting Tuesday workers with coronavirus symptoms will be checked using a nasal swab test. Any employee who had symptoms before April 7 will be given a serum antibody test. Both tests will allow workers to know if they should return to work.

Kious Kelly was an assistant nurse manager at Mount Sinai West and died on March 24 from complications from the coronavirus. He was 48.

After his death, a number of his coworkers began experiencing COVID-19 symptoms but say they were denied testing by the hospital. Some told NBC News they had to call their primary care doctors or go to the ER to receive a test.

Nurses at that same hospital say they also lacked proper personal protective equipment to keep them safe while working. On Friday some nurses from Mount Sinai and other area hospitals protested over the lack of PPE.

New York City has turned into an epicenter for the crisis.