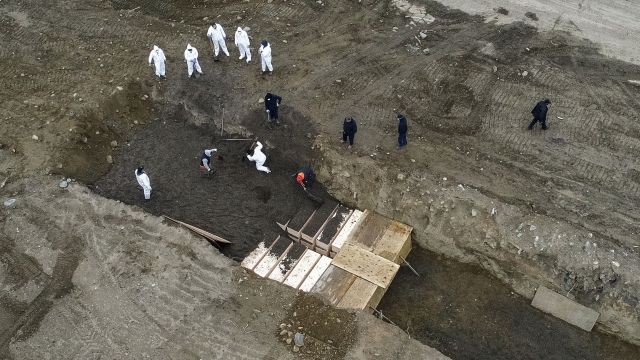 New York City's official death toll hit 10,000 after officials began including "probable" deaths from the virus in their count.

Officials said Tuesday they're now accounting for nearly 4,000 extra deaths of people who never received an official test for the virus, but doctors were confident enough to list it as their cause of death on their death certificate.

Health Commissioner Dr. Oxiris Barbot said: “Behind every death is a friend, a family member, a loved one. We are focused on ensuring that every New Yorker who died because of COVID-19 gets counted. While these data reflect the tragic impact that the virus has had on our city, they will also help us to determine the scale and scope of the epidemic and guide us in our decisions.”

While the number of hospitalized patients is leveling in the city, New Yorkers continue to die at an alarming rate. The New York Times reported coronavirus has killed more people per capita in New York City than in Italy, the hardest hit European country.