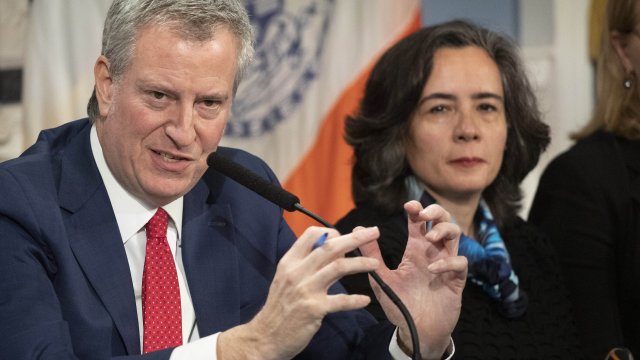 In Barbot's resignation email to de Blasio, she says, “I leave my post today with deep disappointment that during the most critical public health crisis in our lifetime, that the Health Department’s incomparable disease control expertise was not used to the degree it could have been.”

She's not the only one to tangle with de Blasio... Other New York health officials have clashed with the mayor over his decision to make the public hospital system responsible for contact tracing.

The mayor suggested his relationship with the health commissioner has been deteriorating rapidly, telling reporters, “It had been clear certainly in recent days that it was time for a change.” De Blasio added, “We need an atmosphere of unity, of common purpose.”Barbot has been replaced by Dr. Dave Choksi, who had been working in the city's hospital system.