New York City Has More Homeless Students Than Ever Before 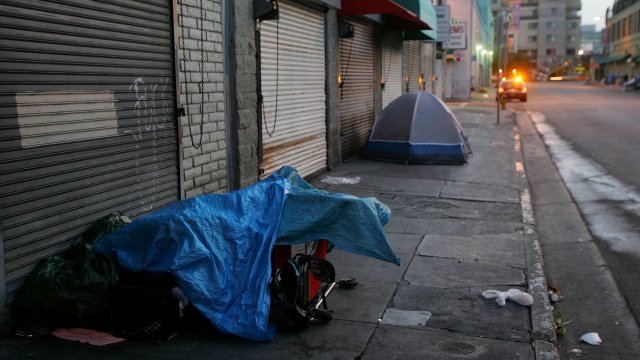 SMS
New York City Has More Homeless Students Than Ever Before

The number of homeless students in New York City is at a record high.

Data from the New York State Education Department revealed almost 115,000 students, or one out of 10, lived in some type of temporary housing during the 2017-2018 school year.

The data was released by the New York State Technical and Education Assistance Center for Homeless Students.

That's more than 3,000 more homeless students than the year before and the highest number since the city began recording.

As The New York Times illustrates, the number of homeless students in New York City exceeds the entire population of Albany, New York.

And because homelessness in general has increased in New York in recent years, more shelters are reaching capacity, leaving children to seek temporary shelter with relatives or friends — or on the streets.

A district in the Bronx had the most homeless students at over 10,000. In one school, over 40 percent of the students had been homeless at some point over the past four years.

In response to the city's homelessness problem, its Department of Homeless Services told HuffPost it's working to provide shelter that's "closer to support networks, including schools, to preserve stability during challenging times."

And that might help make sure kids turn up for class. A study by the city comptroller's office looked at a pool of 73 randomly chosen homeless students and found they only attended school about 76 percent of time.