NYC Correction Board Wants To Release Prisoners Amid Pandemic 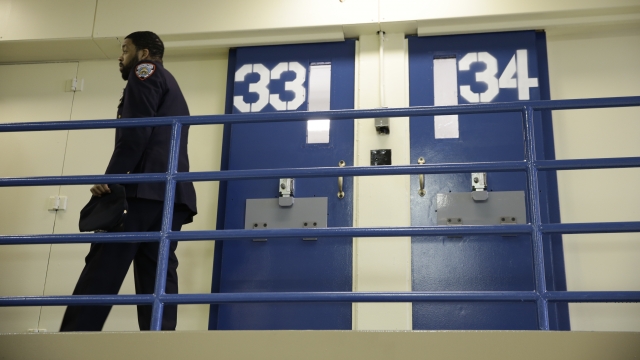 The New York City Board of Correction is calling on city officials to release vulnerable or low-risk inmates as the coronavirus spreads inside jails.

On Sunday, New York City Mayor Bill De Blasio announced the release of 23 inmates from Rikers Island complex. At least 38 people at the facility have tested positive for the virus, making it the largest coronavirus outbreak in the U.S. jail system.

The Board of Correction says releasing "significant" numbers of inmates would decrease the risk of coronavirus spreading and infecting detainees and jail employees.

The board called for jails to release inmates who are over 50 years old, have underlying health conditions, who are incarcerated for "administrative reasons" or who have sentences of one year or less.

At least 58 inmates are reportedly being monitored after showing symptoms of the coronavirus.

De Blasio said 200 inmates at Rikers are being considered for release. They are all within three months of their scheduled release date.