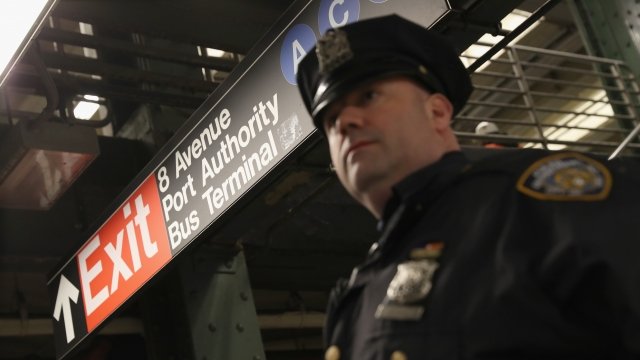 The man suspected of being behind an explosion in New York City subway told authorities he was inspired by the terrorist group ISIS.

Akayed Ullah told investigators he set off a bomb strapped to his body in retaliation for U.S. airstrikes against ISIS. The blast injured at least four people, including Ullah.

New York City Mayor Bill de Blasio said the incident was an "attempted terrorist attack," but that the suspect appears to have acted alone. The city resumed subway and bus services on the afternoon of the attack.

The White House released a statement calling for tougher immigration laws in the wake of the explosion. The 27-year-old suspect reportedly immigrated from Bangladesh on a visa issued because he had family already in the U.S.