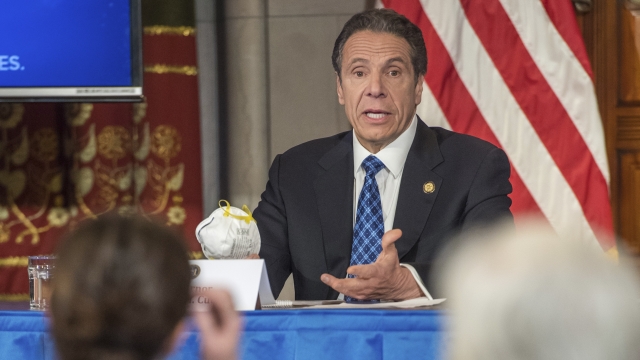 SMS
New York Survey: Many Hospitalized COVID-19 Patients Weren't Working
By LeeAnne Lowry
By LeeAnne Lowry
May 6, 2020
Only 17% reported they had been working leading up to their illness.
SHOW TRANSCRIPT

A new survey finds that many recently hospitalized coronavirus patients in New York were seniors or unemployed people who likely didn't leave their homes much.

The survey commissioned by the state covered around 1,000 people in 100 New York hospitals over three days. Only 17% reported they had been working leading up to their illness. A majority were retired or didn't have a job.

People newly admitted to the hospital with the virus were predominantly over the age of 50, minorities and from New York City.

One trend in particular surprised Gov. Andrew Cuomo: Most of the people being hospitalized weren't essential workers.

Cuomo said, “We were thinking that maybe we were going to find a higher percentage of essential employees who were getting sick because they were going to work, that these may be nurses, doctors, transit workers. That’s not the case.”