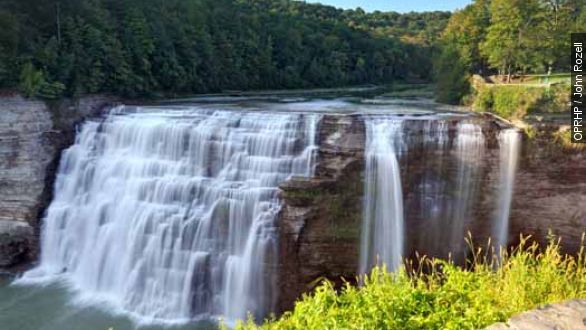 With more than 7,800 state parks in the U.S., vacationers have a lot of places where they can get their nature fix. But which ones are the best parks to visit? USA Today set out to answer just that with a reader poll.

The top park? Letchworth State Park in western New York. Our partners at WKBW have more.

"Letchworth State Park, also known as the Grand Canyon of the East, welcomes 650,000 visitors every year," said a reporter for WKBW.

New York’s State Park Commissioner Rose Harvey issued a statement on the ranking, saying New York was "extremely honored" to have not one, but two parks selected in the top 10 results. (Video via New York State Office of Parks, Recreation and Historic Preservation)

Two, because Watkins Glen, another upstate New York park, came in at No. 3 in the poll. New York was the only state to land two parks on the poll.

Other parks include Porcupine Mountains Wilderness State Park in Michigan coming in second and Missouri's Ha Ha Tonka State Park landing at No. 4.

According to the Elmira Star Gazette, USA Today had travel experts sort through thousands of U.S. parks and pick their top 20. After that, the readers voted on the top 10.

This video includes an image from the Missouri Department of Natural Resources.