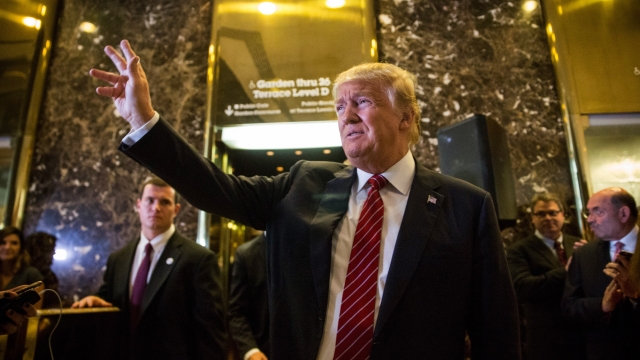 New York has passed a law that could give Congress a way to access some of President Donald Trump's financial records.

Gov. Andrew Cuomo signed the legislation on Monday. It would require New York's tax commissioner to release the president's state returns if the head of the House Ways and Means Committee, the Senate Finance Committee or the Joint Committee on Taxation requests them. Lawmakers would have to outline a "specified and legitimate legislative purpose" in any request.

Sen. Brad Hoylman, who sponsored the bill, said of the signing: "No one is above the law. Not even the President of the United States."