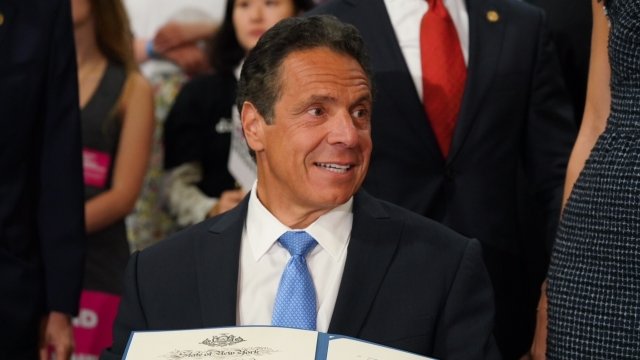 New York's governor wants his state to keep up the protections established by Roe v. Wade, no matter what happens at the federal level.

The future of Roe v. Wade has been a frequent talking point linked to the open seat on the Supreme Court.

The Reproductive Health Act would update the New York's existing law to match regulations established by Roe v. Wade. The state's Assembly passed it in March for the sixth year in a row, but the state Senate hasn't ever voted on the legislation.

"One of the reasons they opposed it, they said, 'Well, we have Roe v. Wade in law. And there's no way anybody would ever think of overturning Roe v. Wade.' These were the Republican senators just a couple of years ago, telling me it's unimaginable that anyone would try to overturn Roe v. Wade. Well, they elected someone who wants to do the unimaginable," Cuomo said.