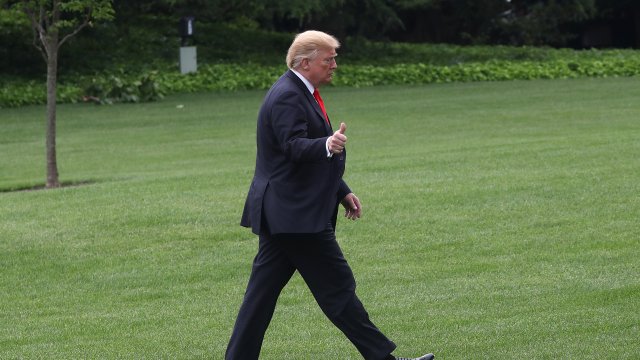 The key bill involved, which passed the State Assembly 84-53, would require the New York tax commissioner to hand over state tax returns to Congress if there is a request from either the Senate Finance Committee, the House Ways and Means Committee or the Joint Committee on Taxation.

Lawmakers passed the bill just hours after Treasury Secretary Steven Mnuchin spoke to a House committee and said he'd been told that handing over the president's federal tax returns would be illegal.

The State Assembly also passed a bill that would require the removal of any federal tax information that might also be on state returns and make sure that only elected or high-level public officials' returns could be disclosed.