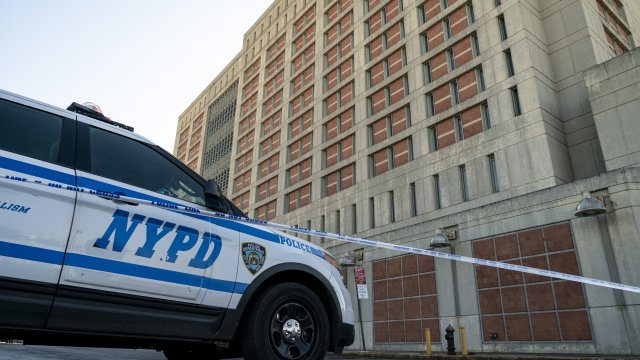 SMS
NY's Bail Reform Law Could Face Rollbacks Weeks After Taking Effect
By Jamal Andress
By Jamal Andress
February 17, 2020
New York passed the most progressive bail reform in the country, but less than two months after implementation, lead Democrats may roll it back.
SHOW TRANSCRIPT

In April of 2019, New York passed major bail reform statewide, eliminating pretrial detention and cash bail for an estimated 90% of arrests. This made New York's bail system one of the most progressive in the country.

But since the law went into effect on Jan. 1, there's been constant pressure from law enforcement, prosecutors and state Republicans to roll it back.

Now, legislation focused on reforming the law is in the works, and it seems to have support from the governor, the mayor and the state Senate majority leader — notably all Democrats.

The proposed change reportedly would allow judges to take public safety into consideration while also increasing the number of crimes for which a suspect can be held.

New York is the only state in the country that does not allow judges to consider public safety when they make decisions about bail.

But this change was proposed already in 2016 and shot down for fear of introducing more bias into New York's criminal justice system.

"It was shot down because when you start to implement risk assessment, dangerousness or giving judges discretion, black and brown people are still the ones that seem to get held," DeAnna Hoskins, president and CEO of JustLeadershipUSA, said.

DeAnna Hoskins has been a criminal justice advocate for nearly 20 years, and last year, she helped worked on the Close Rikers Island campaign.

"What a lot of people don't equate the bail legislation with was the Close Rikers campaign. … There was some state legislation that needed to be done when you looked at the population that was sitting on Rikers, and bail was one. We knew that the majority of people sitting on Rikers Island were sitting there simply because they can't afford bail."

Along with the cash bail law, New York lawmakers also voted to close the infamous Rikers Island jail by 2026 and replace it with four smaller, borough-based jails. In order to do that, New York City needs to cut its jail population by more than half, from 7,000 inmates to 3,300. Bail reform is a big part of that plan.

Despite the backlash from activists and some state Democrats, Senate Majority Leader Andrea Stewart-Cousins, who proposed the compromise, still says New York will have the most "most progressive law in the nation regarding bail."

Hoskins disagrees and says this would be a step backward for New York and the country.

According to the NYPD overall crime for the month of January was up by about 17%. The Police Commissioner blames the new bail law for the spike in crime, though he hasn't cited specific evidence connecting the two.

No bill has been officially proposed by New York Democrats, but analysts expect this fight to hit the Senate floor soon — most likely ahead of the state budget deadline on April 1.