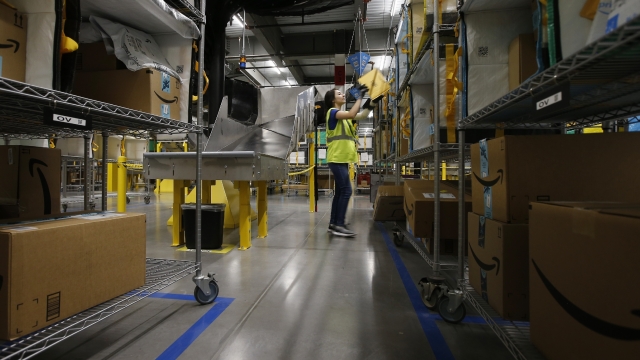 In a letter James sent to Amazon, the attorney general said the safeguards the company set up at its hundreds of fulfillment centers were "inadequate," NPR reported.

Over the last two months, Amazon employees have protested that the safety measures were insufficient, even as the company reportedly knew there were virus cases in certain warehouses.

The letter obtained by NPR also said Amazon may have violated whistleblower laws for firing an employee who spoke out against the company, which may have intimidated other employees with similar complaints. In March, Amazon worker Christian Smalls said he was fired for demanding the Staten Island fulfillment center be closed after learning several coworkers tested positive for the virus.

An Amazon spokesperson said Smalls wasn't fired because of the subject of his protests, but because his protesting on Amazon property put other employees at risk since he was subject to a mandatory quarantine.

Some essential workers at companies like Amazon, Target and Walmart are reportedly scheduling a strike on May 1 to protest their working conditions. In the meantime, the New York attorney general encouraged Amazon's fulfillment centers to close temporarily to perform "adequate sanitization and disinfection."