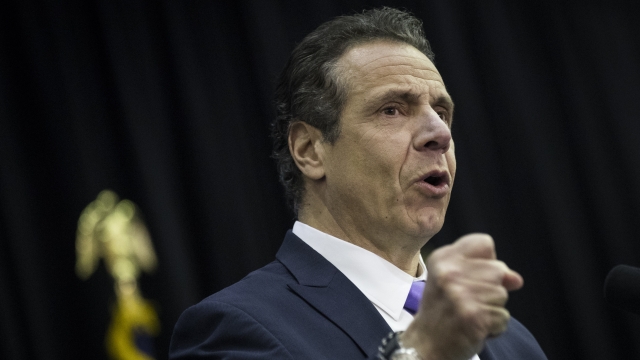 New York Gov. Andrew Cuomo signed a bill into law Monday that aims to stop guns from getting into the hands of at-risk people in the hopes of preventing mass school shootings.

The so-called red flag legislation enables a court to temporarily stop someone from buying or possessing a gun if they're showing red flags, like violent behavior.

It lets law enforcement, family members and some school officials seek a judge-approved protection order, which, if granted, would initially go into effect for a period of time.

Gov. Cuomo said the legislation was the next logical move in his gun control plan for the state.

"The red flag bill, I have no doubt it will save lives and doesn't infringe on anybody's rights. It is commonsense. It is logical, it is factual," he said.

The adoption of the bill makes New York the first state in the U.S. to specifically give teachers and school administrators the capability to seek the order.

Critics of the laws, like the NRA, have pointed to weak due process protections as a downside.

New York's legislation is part of a major gun control package that state lawmakers passed last month. Some of the other proposed laws include banning bump stocks and regulating gun buybacks.