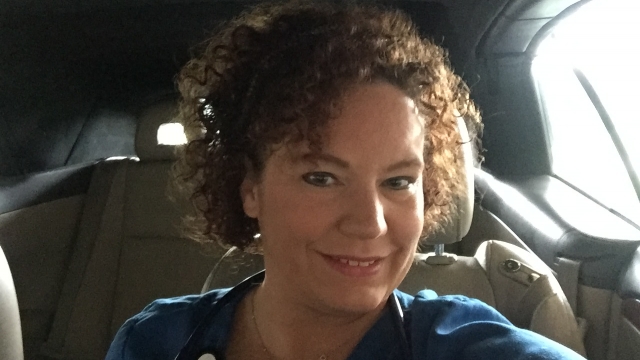 Several nurses allege they were fired for sounding the alarm about potentially unsafe conditions at work.

Lauri Mazurkiewicz used to work at Northwestern Memorial hospital in Chicago, but says she was fired March 19.

"Honestly, I thought my manager would say, 'Oh, you know, that's really good that you want to keep your patients safe and you want your coworkers to be safe.' I really thought that it would be a positive thing. I was not expecting it to get fired over it," Mazurkiewicz said.

Mazurkiewicz filed a lawsuit against her former employer. She says she was let go after warning coworkers in an email equipment the hospital had provided would not protect them from the coronavirus.

"As a nurse, we vowed to do no harm. And so because this virus was new and, I have a suspicion, was airborne, I just wanted to educate people. ... I didn't want us to spread the virus, I didn't want other people to contract it and get sick," Mazurkiewicz said.

“I didn't want other nurses to get infected and then bring it home to their families. I was very concerned," she added.

In an email to Chicago news outlets, a hospital spokesman said: "As Northwestern Medicine continues to respond to this unprecedented health care pandemic, the health and well-being of our patients, our staff and our employees is our highest priority. We take these matters seriously and we are currently reviewing the complaint. At this time, we will not be commenting further."

Situations like this are popping up all over the country. To date, over 1,000 nurses have shared stories in private documents about working during the pandemic, according to a New York Times report. Others have taken a more public approach.

In Detroit, Kenisa Barkai says while working in one of the worst-hit hospitals, she was fired for posting a video on social media.

Newsy reached out to Detroit Medical Center Sinai-Grace about the incident. It responded, "We don't discuss matters related to personnel or share information related to our internal policies."

As for Mazurkiewicz, she says she's using her time to advocate for any nurse too afraid to speak out.

"What I want nurses to know is. They need to be safe. They need to protect themselves and others. And we need to stand up for ourselves," Mazurkiewicz said.