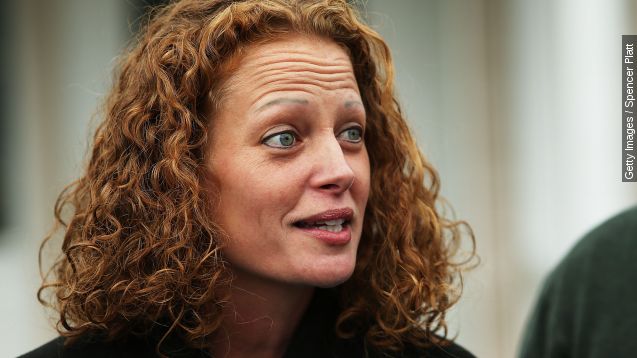 SMS
Nurse Files Lawsuit Over 'Forced' Ebola Quarantine
By Katie Link
By Katie Link
October 22, 2015
The nurse who made headlines last fall for speaking out against her mandatory Ebola quarantine is suing the NJ Health Department and Gov. Christie.
SHOW TRANSCRIPT

Kaci Hickox, the nurse quarantined against her will in New Jersey last year after serving Ebola patients, is suing Gov. Chris Christie and the state Health Department.

Hickox's lawyers filed the civil-rights lawsuit Thursday. According to The Wall Street Journal, she's seeking a jury trial and at least $250,000 in compensation.

Hickox was working as a nurse for Doctors Without Borders treating Ebola patients in Sierra Leone last fall. When she returned to the U.S. on Oct. 24, 2014, she was detained, quarantined in a tent for several days and repeatedly tested for Ebola-like symptoms — which aside from a slight fever, she never developed. (Video via WNBC and CNN)

Hickox was pretty upset about the situation. She wrote in The Dallas Morning News, "I sat alone in the isolation tent and thought of many colleagues who will return home to America and face the same ordeal. Will they be made to feel like criminals and prisoners?"

Hickox was eventually released and began self-monitoring for symptoms at her home in Maine.

"I have been compliant with the direct active monitoring that the CDC recommends. I will continue to be compliant," Hickox said. (Video via CBS News)

She said from the beginning that she intended to sue because of the way she was treated — a threat that Christie didn't seem too bothered by.

Reporter: "It looks like you'll have to defend this in court." Christie: "Oh, whatever. Get in line. I've been sued lots of times before. Get in line. I'm happy to take it on." (Video via NBC News)