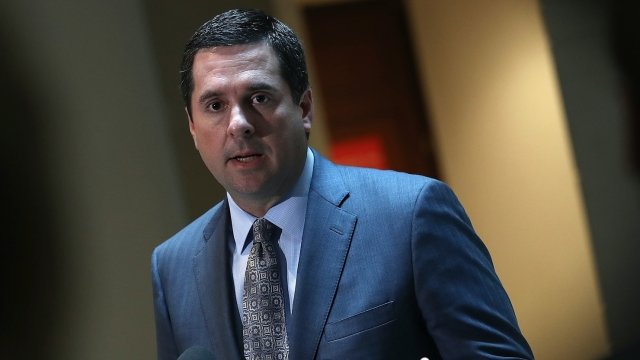 In a letter to Director of National Intelligence Dan Coats, House intelligence committee Chairman Devin Nunes said Obama administration officials may have acted improperly in regard to the Russia collusion investigation.

Nunes said officials filed hundreds of unmasking requests during the 2016 presidential race without having specific justification.

Nunes said the committee believed "these officials may have used this information for improper purposes, including the possibility of leaking."

Nunes first brought up unmasking in June, when he was leading a probe on Russia. Democrats accused him of trying to protect the White House and mislead the investigation, and he was forced to step back from the probe. 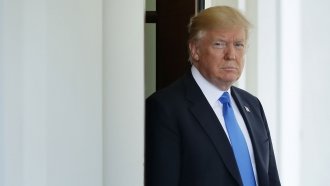 If you're unfamiliar with unmasking, here's a breakdown: Intelligence services are supposed to redact the names of U.S. citizens that turn up in surveillance reports on foreign entities. But officials can ask for those names to be revealed, or unmasked, if they think that will help them understand the report.

Unmasking a name and leaking that name to the press are two different things, of course. But Nunes said the practice still violates Americans' civil liberties.

Leaks have been a problem with the Trump White House. Reports showed that Trump campaign members weren't forthcoming about meetings with Russian officials, though it's unclear if the unmaskings in question are related.

National security adviser Michael Flynn resigned less than a month into Trump's term after reports revealed he met with Russian officials and failed to disclose it. Donald Trump Jr. was forced to admit he met with a Russian lawyer in Trump Tower and Attorney General Jeff Sessions didn't mention several meetings with Russian Ambassador Sergey Kislyak.

Intelligence workers can turn down unmasking requests if they feel the request isn't legitimate. One official told The Washington Post that the idea of "politically motivated unmaskings is just nonsense."