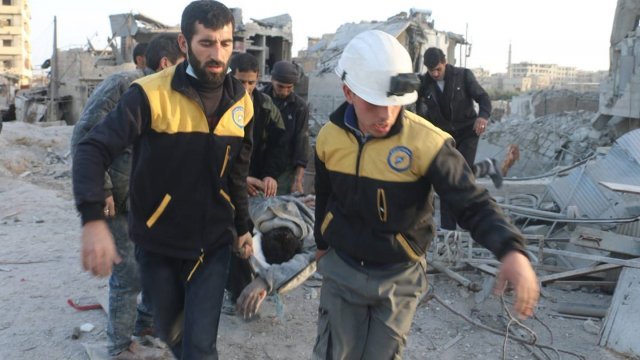 Doctors Without Borders says of the 20 hospitals and clinics it supports, 15 have been hit by bombing or shelling.

In two weeks, Doctors Without Borders says 1,005 people have been killed; that's 71 people dead every day. In that same time, 4,829 have been wounded, or 344 wounded every day.

Hospitals are overwhelmed. They're also being shelled.

Syria's Eastern Ghouta: 'A Catastrophe In Every Sense Of The Word'

Valerie Szybala of The Syria Institute says the international community has failed Syrians in resolving the government's brutal sieges.

People are living underground with barely any food or water. And calls for a cease-fire from the United Nations have, so far, gone unheeded. The situation is desperate.

Russia and the Syrian government opened routes for civilians escaping the violence. But for the people who want to use those paths, there's no guarantee of safety.