The Number Of Norovirus Infections At The Winter Olympics Is Growing 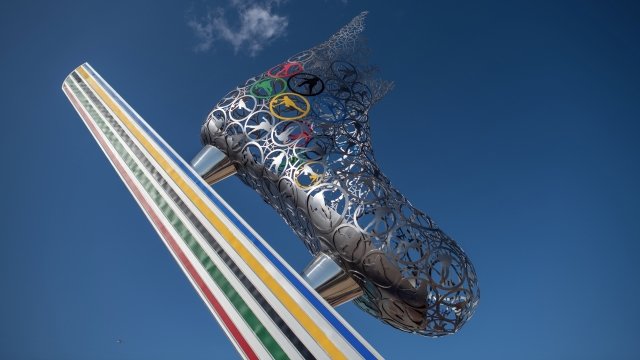 SMS
The Number Of Norovirus Infections At The Winter Olympics Is Growing
By Briana Koeneman
By Briana Koeneman
February 7, 2018
The director of the Korean Centers for Disease Control and Prevention told reporters Wednesday there are 86 confirmed norovirus cases so far.
SHOW TRANSCRIPT

Health officials in South Korea say the number of people infected with norovirus at the Winter Olympics is growing.

The director of the Korean Centers for Disease Control and Prevention told reporters Wednesday there are 86 confirmed cases of the infection so far. The agency had confirmed only 32 cases just a day earlier.

Norovirus is a highly contagious infection that can cause severe vomiting and diarrhea. According to the Mayo Clinic, norovirus commonly occurs in closed and crowded environments and can be spread through contaminated food and water.

Officials say there aren't any confirmed cases of the virus among the Olympic athletes.

But earlier this week, about 1,200 security guards were reportedly pulled from duty at the Winter Olympics facilities over the outbreak.

Olympic organizers say they will distribute information on norovirus, provide hand sanitizer and disinfect surfaces to help prevent the infection from spreading as the Winter Games get underway.