More And More Refugees Are Fleeing The US For Canada 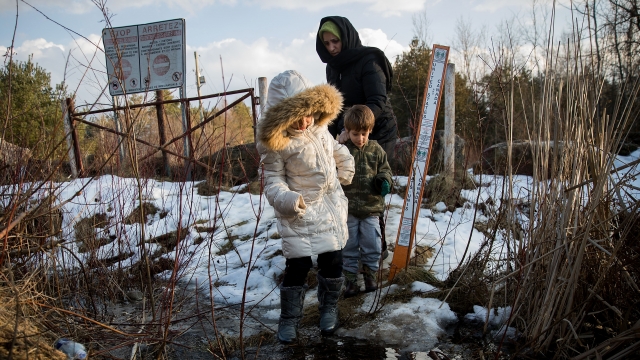 SMS
More And More Refugees Are Fleeing The US For Canada
By Jake Godin
By Jake Godin
March 15, 2017
The number of refugees crossing illegally into Canada from the U.S. in the first two months of 2017 is at the highest rate in recent history.
SHOW TRANSCRIPT

People are fleeing the U.S. for Canada. At about 5,500 miles, the U.S. and Canada share the longest international border in the world. It's also a very porous border.

More and more people are being arrested for illegally crossing the Canadian border. They're crossing in places that don't have border stations, sometimes hiking for hours in freezing temperatures.

Many of these illegal crossings are happening in Quebec, which shares a border with the states of New York, Vermont, New Hampshire and Maine.

In the first two months of 2017 alone, almost 1,100 people have crossed illegally into Quebec and claimed asylum. In the same time last year, only 237 crossed over.

Many cross at a small back-country road in upstate New York. It's called Roxham Road. Getting across is as easy as taking a 30-minute cab ride from the closest airport or bus station and just walking across the border.

The U.S.-Canada border at Manitoba, Saskatchewan and Alberta has also seen a spike in refugees — 107 crossed in the first two months of 2017, compared with only 45 the year prior.

Many of these crossings are near Emerson, Manitoba, which sits on the northern borders of Minnesota and North Dakota.

Refugees hike for hours through freezing temperatures to cross here. Two men from Ghana lost their fingers to frostbite after making the trip in December. 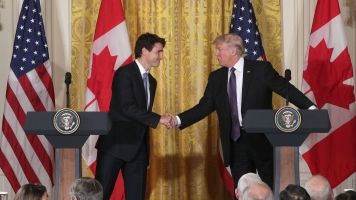 People's reasons for fleeing vary. Some fear deportation under President Donald Trump's new travel ban. Others fear mounting anti-Muslim sentiment. The head of the Department of Homeland Security says most of them are in the U.S. legally, and the question of why they're fleeing is perplexing.

The reason folks are choosing to cross the border illegally is a little more clear — there's a loophole in the Safe Third Country Agreement.

Under this agreement, signed by Canada and the U.S. in 2002, refugee claimants can only get refugee status in the country they first land in. So crossing into Canada legally to make a refugee claim just gets a person sent back to the U.S. But if they get around the official ports of entry and cross illegally, they can make their claim and are entitled to a hearing.

Some Canadians have called on Prime Minister Justin Trudeau to close the loophole, saying it's putting asylum seekers at risk. Others have called for Trudeau to ditch the agreement altogether.

"If the government admits there's a problem, why won't they do anything about it?" Canadian MP Jenny Kwan asked during a parliamentary meeting.

It's tricky ground for the prime minister. Scrapping the agreement could imply his country has taken the position that the U.S. is no longer a safe country for refugees.