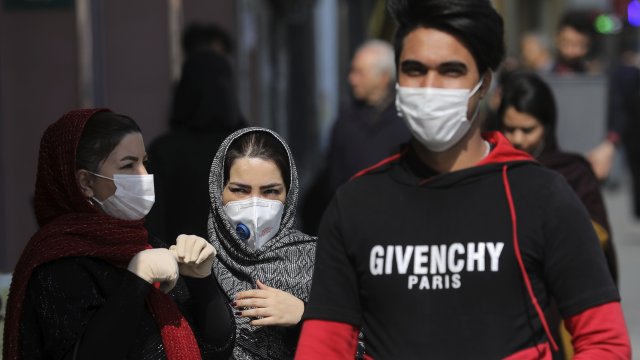 SMS
Number Of Iran Coronavirus Cases In Dispute Amid Conflicting Reports
By Briana Koeneman
By Briana Koeneman
February 24, 2020
An Iranian lawmaker said up to 50 people had died as of Sunday. But a health ministry spokesperson said only 12 deaths had been confirmed.
SHOW TRANSCRIPT

The number of people in Iran who have died from the coronavirus was unclear Monday as officials provided conflicting claims about the death toll.

A lawmaker representing the Iranian city of Qom told local media up to 50 people infected with the virus had died as of Sunday night. But a spokesperson for the country's health ministry said there have only been 12 fatalities attributed to the coronavirus. He said the number of confirmed cases has risen to 61, and approximately 900 suspected cases are currently being tested.

On Monday, the worldwide death toll from the coronavirus hit more than 2,600, with more than 79,000 total infections.

The vast majority of those cases are in mainland China. But other countries — including Iran, South Korea and Japan — have seen a surge of new infections in recent days, sparking concerns about a possible pandemic.