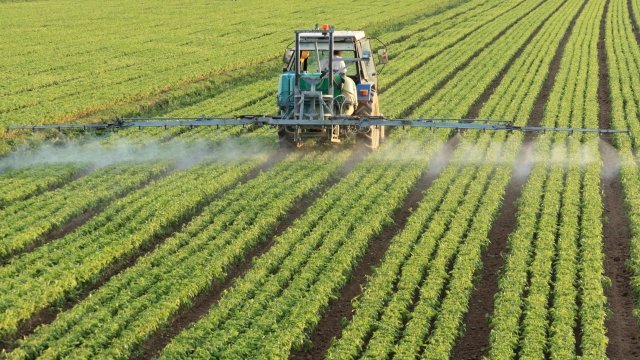 SMS
Just 100 Nuke Detonations Could Cause Worldwide Food Shortages
By Evan Thomas
By Evan Thomas
June 13, 2018
A nuclear conflict could make it harder for the whole world to grow food — and new research shows it wouldn't take many bombs to affect crops.
SHOW TRANSCRIPT

Every step the world can take to cut back the number of nukes helps. We're familiar with the destruction and radioactive fallout a nuclear weapon can unleash, but a study by two engineers found that if just a fraction of the world's nukes were to go off, it would lead to mass starvation as well.

The researchers came up with a specific number: just 100 nukes out of the world's 15,000. That's all it would take to reach a "tipping point" where launching any more would cause years of food hardship worldwide  — including for the nations that fired the missiles.

If soot from nuclear explosions and the resulting fires reaches the upper atmosphere, it can block a lot of sunlight, which lowers global temperatures and reduces rainfall. And in a darker, colder, drier world, it's harder to grow food. The researchers say 100 explosions could make enough soot to cut global agricultural yield by up to 20 percent for several years. 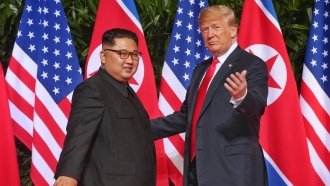 So a nuclear conflict anywhere in the world could lead to food shortages in developed nations — and millions of deaths from starvation in poorer ones.

And that's the best-case scenario. The researchers tried to predict the results if each country did its best to minimize deaths, like instituting strict rationing. If that doesn't happen, food shortages could lead to violence, claiming even more lives.

The team behind the study called for federal disaster plans that respond not just to the damage of nuclear explosions, but to the years of food problems that might come after. And in the meantime, whether reductions come through global treaties or one-on-one national summits, the researchers say there's no good reason not to draw down.